I believe that we need to find ways to give people access to their pay earlier.

For many Americans, their largest asset is their accrued wages. Too many Americans live paycheck-to-paycheck. Steep increases in the cost of labor, largely driven by the soaring cost of health care, mean that wages have stagnated even though worker productivity continues to increase. It is becoming much harder for consumers to bear fluctuations in their expenses. Should we find the solution in a better small-dollar credit product?

We know that we need an answer to this problem:

• Sixty-one percent of Americans have less than $1,000 in savings.

• Forty-six percent of Americans could not cover a $400 emergency expense without selling an asset like the car or their home.

• Most small-dollar credit is costly. Interest rates on payday loans vary from state-to-state, ranging from 100 percent to 700 percent.

Paying workers once every two weeks, twice a month, or even once a month makes it that much harder for them to manage their money. We must admit that liquidity is part of the problem. More facts:

The goal should not be for a household to reduce its cost of credit from 400 percent to 36 percent. Why should we apply a different standard to those with less wealth? No one would say that the next step forward for upper-income households should be to reduce the interest rates on their credit cards. No, the right fix would be to eliminate credit card debt. So, let’s not be paternalistic. Let’s set the same goal – financial health - for everyone.

I was hoping you could take a moment to construct a pathway in your mind because that will help to convey my idea here. If we start with the shortage as the starting point, consider how overdraft and small-dollar credit are both separate paths to be taken. Let’s narrow the overdraft path to only cases that involve payroll cards. Let’s narrow the small-dollar credit path to solutions that include an employer-based credit solution.

Further down, we'll list two accounts that give cardholders eary access to their pay without any fees or interest. 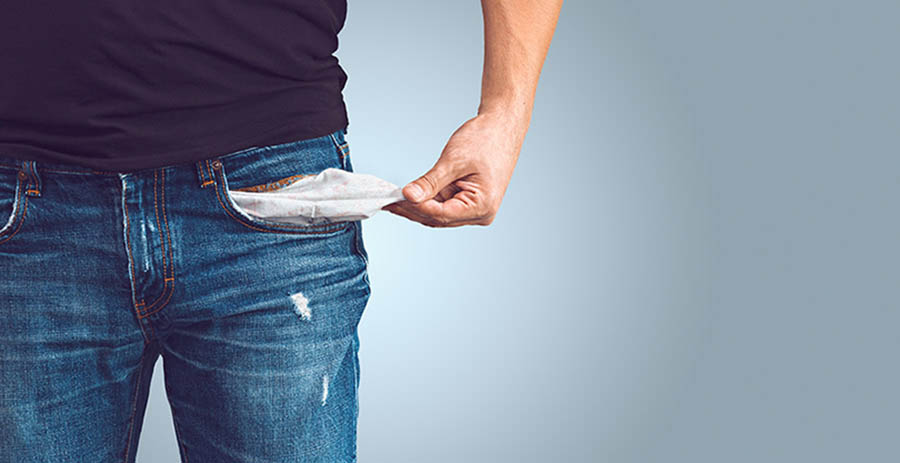 Employer with no money needs early pay of wages

The gatekeeper could block the employee’s entrance to either path. In most instances, when a worker faces a short-term liquidity crisis, he or she is left to his or her own devices. He might opt to utilize the kind of high-cost unsecured credit that is available in the marketplace. At best, that could be a consumer installment loan. Interest rates vary dramatically from state to state but are rarely less than 80 percent. In many instances, borrowers buy add-on products that reduce the lender’s risk. At worst, a worker could seek a high-cost payday loan, were protections are few, and interest rates can be as high as 700 percent.

Taking the other path, where the employer chooses a payroll card program with an overdraft feature, is also sub-optimal. Overdraft fees put much stress on a low-wealth workers balance sheet. At best, using a payroll card with an overdraft is a short-term fix. It answers the short-term needs of low-wealth workers at the expense of their future sustainability.

The Skylight Card, offered by several banks in conjunction with NetSpend’s platform, has had an overdraft option on its payroll card for years. Is that the right fix? In my opinion, the answer is no: payroll cards and overdraft do not mix.

Overdraft with any bank account creates problems. It is a temporary form of high-cost credit. In its recent study of overdraft programs, the CFPB reported that the average cost of a payment that trigged an overdraft was $24, but the average overdraft fee was $34.

How do we move people to a safer financial position? How do we go from vulnerable to healthy?

The solution is not better access to lower-cost small-dollar credit. In my opinion, access to small-dollar loans is only a way to treat the symptom. It helps to ameliorate a crisis. If along the way, a person needs a tool to smooth the ups and downs between inflows and outflows, then small-dollar credit might be the support that keeps them on the path to health.

More of our gatekeepers/employers should offer a short-term payroll advance solution as an employee benefit.

Early pay products allow a business to advance a portion of the funds that an employee has already earned. For example, if the employee is due to receive pay in four days and has already worked six days, then the employer could make some arrangement to give the worker access to several days of earnings.

The market has begun to develop these solutions. Large employers appear to see the benefit they can provide to workers.

• Uber is partnering with Green Dot to offer Instant Pay to its drivers.

• Through a contract with Even, Wal-Mart can give employees early access to accrued wages. Within seven months of rolling out the service, 200,000 workers had utilized the service at least once.

Of note, both examples involve employers with millions of workers. That is not an accident. Deploying such a program requires much work on the part of payment processors, the technical providers of the early pay service, and the payroll departments of employers. Small firms may not provide the revenues to justify the work.

Employers need to intervene. With so many workers living without any financial cushion, opportunities for scalable enterprises exist. Traditional fallbacks might work for the short-term, but they impose significant costs. We need to move past payroll cards with overdraft or short-term high-cost credit. The untapped opportunity exists with the employer.