Every Day is Payday

1) Almost half of American households do not have enough savings to cover three months of expenses.

3) Even if they don't have any savings, they all have one asset: their unpaid wages.

Short-term lending probably wouldn't survive if workers had access to their unpaid earnings.

When I talk to the payroll staff of small businesses, I hear them say that their employees want to be paid as soon as possible. One such individual, assigned to make decisions over payroll at a South Carolina nursing home, said “They love it. They want to get paid every day. To them, it’s an employee benefit. From our point of view, we’ve found a way to keep people longer without adding to our expenses.”

Her company implemented daily payment of wages through their payroll card program. While the employees at the company were free to pick any bank account, most chose the payroll card because it was how the nursing home set up daily pay. One thing that made it easier was that the nursing home’s bank and the payroll card company’s bank developed a strong sense of trust. Of course, daily pay wouldn’t work if it meant that the company had to print five times as many checks. They used direct deposit – no ifs, ands, or buts.

Over the holiday weekend, the Wall Street Journal published a story about the new app-based solutions that make it easier for small businesses to offer immediate pay. “Workers Get Faster Access to Wages With These Faster New Apps,” (subscription required)  profiled the Instant.co account.

Small businesses owners echoed the sentiments expressed by the nursing home staffer, saying that workers saw it as a benefit. In fact, the companies quoted in the article noted that offering early pay had motivated some workers to sign up for additional shifts.

In December, Wal-Mart announced that it would let employees receive their as-yet-unpaid earnings through an app.

Wal-Mart workers will be able to receive up to half of their accrued wages. Wal-Mart says it will pay the fee to use the service for as many as eight times in one year. A worker could still draw additional advances, but they would have to cover the app’s fee to do so.

Uber’s instant pay service is a bit different. Unlike the w-2 workers employed by Wal-Mart, Uber uses an army of 1099s. Some drivers complete one ride a week, whereas others put in ten hours every day. Uber needs flexibility, and it probably doesn’t want to limit the complexity of its payroll. As a result, the company lets drivers draw out their fees up to five times per day. 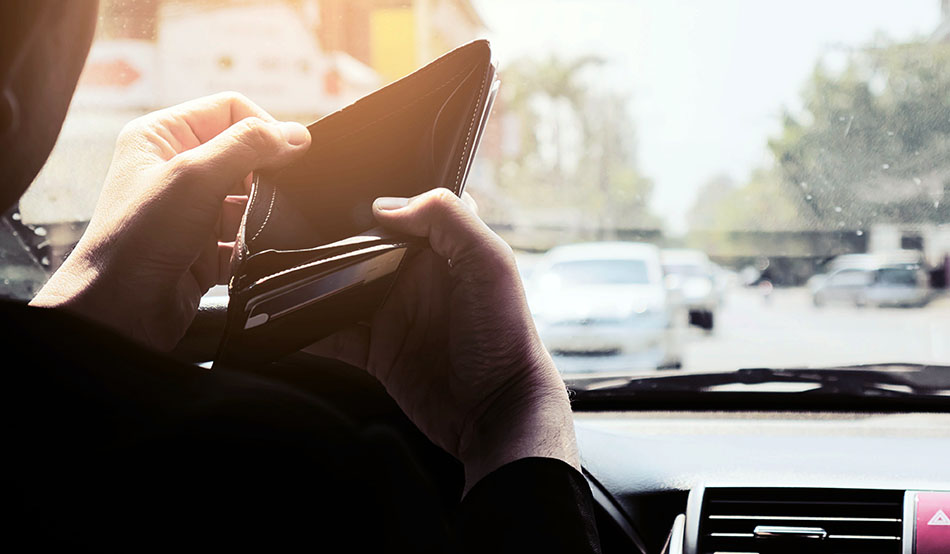 Can a Small Business Use a Service Like This?

It’s no accident that Uber and Wal-Mart were among the first companies to offer wage advance products.

It takes a lot of integration to implement a wage advance service. The advancing company must have the ability to verify that a worker has built up some pay. That isn’t a simple thing to accomplish. As a result, when a wage advance service contracts with a business, it usually asks for the business to contribute a payment to cover the startup costs. Moreover, the advance company is going to want to make sure that the contract will produce future fee revenue. If there aren’t enough employees who are likely to use the product, then the advance company will probably turn down the application.

The Impact on Small-Dollar Lending

Wage advance applicants have a lot in common with a payday loan customer. First, they probably live paycheck-to-paycheck. Second, they have employment. Third, they have a bank account – all payday loan users must be banked to allow the lender to set up an electronic debit of their bank account on an upcoming payday.

While most of the article explored the prospects for growth in the use of those apps, I want to circle back to think more about one implication from the notion that workers were electing to sign up for more work. The article said that many illiquid workers opt to ask for another shift to make ends meet when an unexpected expense crops up.

Right away, I’m led to wonder what this portends for the payday lending industry. It seems like the same workers who might opt for a payday loan could also take to the idea of an advance on their wages.  Payday lenders contend that their loans solve a critical need among low-income workers.

A well-traveled trope among payday lenders is the crisis of an unexpected car repair. Here’s one example from USTARCash.com:

“When you have to face the situation of your car being broken and in need of fast repair but lack a couple of hundred bucks to have the job done, there is an option of improving the situation. One of the fastest ways to get money without hassle and headaches is to apply for a payday loan company.”

The wage advance would meet the same need. In fact, unless the 1099 worker makes a living as an Uber driver, it’s hard to imagine why a worker would pay $50 for a short-term loan when they could just as easily pay $5 for an interest-free risk-free wage advance.

I’m optimistic that the new wage advance service could dramatically reduce the demand for payday loans.