Payroll cards may not be perfect. Some people will never accept a card that doesn’t come from a traditional branch bank. But they do encourage the unbanked to get accounts.

The fact that so many employers use payroll cards speaks to their utility. A 2016 survey of employers estimated that 8.7 million workers received pay by a payroll card – more than the number that received wages by paper check.

With a payroll card program in place, HR can implement direct deposit as soon as a new person starts a job. By the measure of speed, employers will always benefit from a payroll card. There is no need to wait for a new hire to bring a canceled check to the office.

The employers I speak almost always want to pay by direct deposit. Direct deposit saves money. According to the American Payroll Association, paying by checks costs an average of two to three dollars per paycheck per pay period. Unless the company’s payroll service charges a service fee, employers pay virtually nothing to use direct deposit.

Payroll cards differ from other transactions accounts regarding how consumers establish new accounts. Employers apply for the cards – not workers. The card’s bank vets the employer as a part of complying with relevant banking laws (BSA, Patriot Act, et al.). Once approved, the payroll card company sends a book of cards to the workplace. The employer must promise to keep the cards locked in a secure location. When a new hire starts work, the employer takes a new plastic non-personalized card out of their locked drawer. In the next week or so, the employee receives a permanent card with their name in the mail.

Usually, there has to be a particular reason for an employer to want to use paper. I recently spoke with the payroll department at a regional ski resort who said that they pay with a check as a means to extend the tenure of their seasonal labor force.

“We can encourage them to stay on the job later through the season when we have a chance to speak with them in person,” she said. “That is why we pay by check.”

Having a book of ready-to-use cards means that employers can start and complete the process of enrolling new hires in direct deposit during the same office visit.

For workers, using a payroll card – even one with fees – should save money. A minimum wage worker would spend $16 to cash a bi-weekly paycheck at most of the check cashing stores in my community. A worker earning a salary of $30,000 would spend $900 every year. They would pay more to convert cash to a digital value.

Note: We've chosen to partner with FinTwist to offer their card to small businesses. The FinTwist payroll card program is free to employers - there are no startup costs nor are there any ongoing fees. The FinTwist card is designed to comply with labor laws in every state. Employees can use any ATM inside the AllPoint network as many times as they would like - for free. Signature transactions are free, there are no monthly fees to have an account, and there are no overdraft fees, either. The card also offers discounts to cardholders when they buy gas!

You can learn more through this link, or you can set up a call with WiseWage to discuss. We're happy to spend time clarifying what the FinTwist payroll card could do for your business. 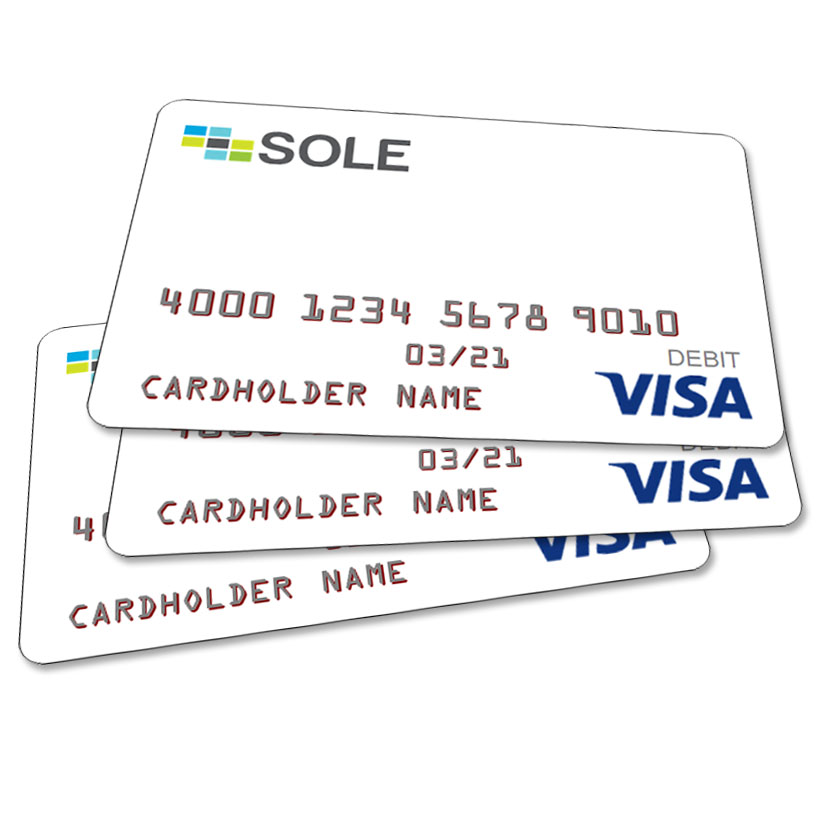 In spite of their value, payroll cards have received some negative press. Reports of instances where companies required workers to use cards with high fees provoked outrage. For example, activists submitted a petition to McDonald’s CEO over the high costs associated with the company’s payroll card.

In 2017, McDonald's agreed to pay $3 million to impacted crew members to settle a class action lawsuit over ATM fees. Other defendants included JPMorgan Chase, the issuer of the cards, as well as the franchisees.

However, if more government equates to more protection of consumers, then payroll cards should be safer than other transaction accounts. Payroll cards still follow federal laws (Regulation E), but they also have to comply with state law. All payroll cards will obey the rules in the states where they are available. Every payroll card comes with FDIC insurance. The consumer has the right to receive at least one free withdrawal of funds per pay period.

One key difference – some payroll cards will only accept funds by direct deposit.

States differ in how they address the distribution of payroll cards. The majority allow a private employer to insist that workers use direct deposit. In Louisiana, Kansas, and Indiana employers can insist that workers receive pay on the company’s payroll card or in an account at the employer’s bank. However, those states are the exception – generally, an employer cannot place conditions on what bank the employee uses to receive pay. Employers in those states could still use a payroll card, but they would have to let workers bring an alternative account as well. Workers employed by government agencies in some states can be forced to take pay by direct deposit even though workers employed by private businesses in the same state still have the right to insist on being paid by paper check.

As a result, payroll card companies have to program accounts to comply with the laws in many different states. It’s sometimes the case that a single employer will issue pay in more than one state. In such an example, it is possible that one employer will distribute cards that differ from each other.

In my opinion, payroll cards deserve to be viewed favorably because of their delivery model. They apply the motivation of employers to the problem of the unbanked. Employers want to pay by direct deposit. They see an opportunity to save money.

That can be enough to make a worker overcome any inertia about getting an account. For whatever reason, an unbanked worker has shied away from banks. Change may not happen without a push. The payroll card sets up the employer to drive them to the banking system.