To clarify, these motives are best ascribed to those consumers who use their prepaid debit card as their prime transaction account. Many people find prepaid cards to be great for other reasons, but this article doesn’t concern their interests. Here, we discuss the full-time users.

I believe that their ranks draw from two use cases: the formerly banked who, for a variety of reasons, no longer believe that want an account. Secondly, they draw attention from consumers who are otherwise blocked from returning to the system.

They had a checking account. They Don’t Want One Now

Many people leave banks because they saw their account balances drained by overdraft fees. The CFPB found that a small fraction – less than 10 percent – of account holders paid the majority of overdraft and insufficient funds fees. These consumers might spend several hundred dollars per year in overdrafts.

There is a perception that it is possible to opt-out of overdraft. It turns out that this is only half-true. Indeed, you must notify your bank before it covers when you withdraw too much money at the ATM or go over with a debit card PIN transaction. But even if you never opted-in, you will still pay 64 percent of otherwise unbanked households who have a prepaid debit card once had a traditional checking account at a bank.

A consumer can have good credit, be careful to avoid overdraft their account, and still experience difficulty with their checking account. Many banks, particularly after reductions in fees that banks can charge for debit card transactions, have resorted to penalizing consumers when their average account balance falls below a minimum threshold.

The Ally account is an exception to the norm. Their price structure shows that banks could offer accounts with lower fees.

For now, though, even accounts marketed as “free” are often very expensive. In 2013, the Consumer Financial Protection Bureau surveyed actual checking accounts for evidence of how much consumers paid in fees over the course of a year.  The CFPB’s research team found that the average of total monthly fees paid on a per-account basis was nine dollars in 2013. But costs are not borne equally by all consumers. More than one of every three account holders paid nothing over the course of the entire year, whereas four percent paid more than $600. Perhaps not surprisingly, people with higher balances were less likely to pay fees.

The biggest culprits: overdraft and insufficient funds fees, which together accounted for approximately seventy percent of consumer's costs of having a checking account.

Having acknowledged that rational motives are underlying both choices, it is only fair to recognize that emotions can play a part here as well. The honest truth is that many people love to hate banks. In 2013, marketing consultancy Harris Interactive put six banks in its list of the ten companies with the worst brand reputations.

Making matters worse, some banks have policies that only exacerbate hard feelings. For a long time, it was common practice for banks to reorder check payments using the “high-to-low” method. Imagine that you have $110 in the bank and have written checks for $20, $30, and $100. If the bank submitted the first and second payments before debiting the account for the largest item, then the consumer would pay one overdraft fee. Using high-to-low, however, would produce two overdrafts. The bank doubles its fee revenue, producing profits at no additional cost.

Indeed, to the extent that bank haters exist, it may be the case that candidates for prepaid cards include many such individuals. For some, opening an overdraft notice letter triggers a moment of frustration. For others, it spells a near-term liquidity crisis. Knowing that banks charged consumers more than $10 billion in overdraft fees in 2016 could produce a lot of resentment. 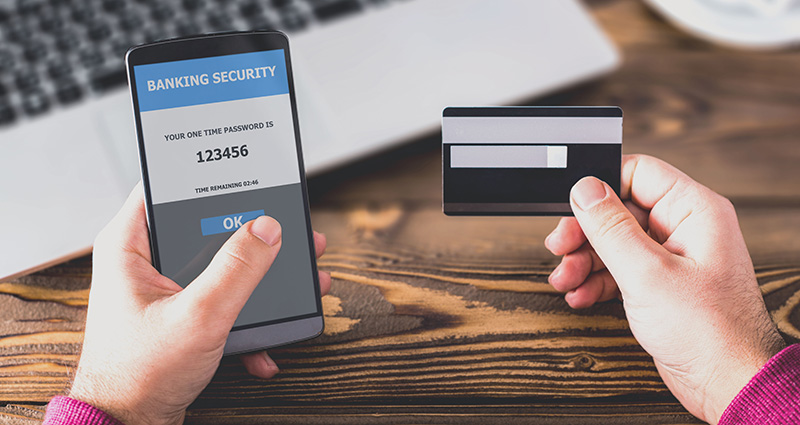 While it might surprise some people, banks do underwrite applications for new bank accounts. They look for a few red flags. First, they want to steer away from individuals who have a long record of writing bad checks. When a bank gives a person a check book, they take on some credit risk.

Perhaps because most banks have ceased using “high-to-low” check sequencing, the percentage of checks that are returned has dropped.

Imagine – when banks choose to end policies that make checks bounce, the number of checks that bounce goes down.

Nonetheless, checks still bounce and some are never repaid. The banks have to write off those funds as bad debt expense. Given that context, many banks refer to services such as TeleCheck or ChexSystems. These firms maintain a file of records on people who have written bad checks. Being on one of these systems is often tough to make it impossible to have an account.

Additionally, “credit invisibles” and people without a social security number also face obstacles when they apply for an account. They may be pushed into a special account with limited services or told that they cannot qualify at all.

Conclusion: Prepaid Cards are Better for Some People

Almost ten percent of American households rely on a prepaid debit card to do their banking. Use is highest among lower-income consumers, among younger individuals, lower-educated households, and working-age disabled households.  In its most recent survey on the topic, the FDIC found that prepaid debit cards appealed to people whose income varied from month-to-month.

Consumers make decisions for a reason. At a time when many have antipathy for banks, it should not be a surprise to outsiders when millions migrate to a new type of account. Prepaid debit cards tap the economies of scale offered by new payments technologies to bring a lower-cost, lower-risk solution. By creating an account without checks - and implicitly without anything remotely like credit, they make the banking system more accessible. Prepaid debit cards will even take individuals with a troubled banking history. In the end, everyone benefits when more people can send and receive money with less friction.