Six Things I Learned about How Prisoners Think about Money

Earlier this week, I had the opportunity to visit with residents of a medium-security penitentiary. I came to deliver a presentation on managing money.

Cue the humor – it’s easy to speak to a “captive” audience. Regardless, it was easy, but mainly because the inmates had so much to discuss.

I was worried that they would be afraid to ask questions, out of a concern that they would appear to be foolish in the presence of their contemporaries. In my experience, everyone hesitates to leave the impression of financial naiveté, and I thought that might be even more so among a group where it is the norm to present a tough exterior to the world.

However, I was wrong.

I tried to address my concern over their interest in sharing by beginning with an important point: most Americans think they understand more about the money they do.

I provided a few statistics:

* forty percent of Americans have less than $400 in liquid assets at their disposal.

* Twenty-four percent of baby boomers are on the cusp of retiring with no savings,

* Twenty percent of the people surveyed by a national consumer advocacy group said that they were planning on funding their retirement with lottery winnings.

In other words, a large portion of our nation’s residents struggles with their finances.

However, here’s the catch: most people don’t think they need to change their habits. More than two of every three people identify as “good at saving” and three-quarters say that they are smart or very smart when it comes to managing money.

The other conclusion that I wanted them to make was that they were not starting behind everyone else. If many Americans on the outside have little or no savings, then departing prisoners cannot be worse off. Some of the inmates said they had assets waiting for them. If true, then they may be ahead of many other Americans already.

A few months ago, I gave an evening presentation on savings to graduates of a residential substance abuse program. The program finds them jobs and gives them three months of subsidized housing. Most of the men and women said they saved about one thousand dollars during those three months.

Two Options for the Formerly Incarcerated 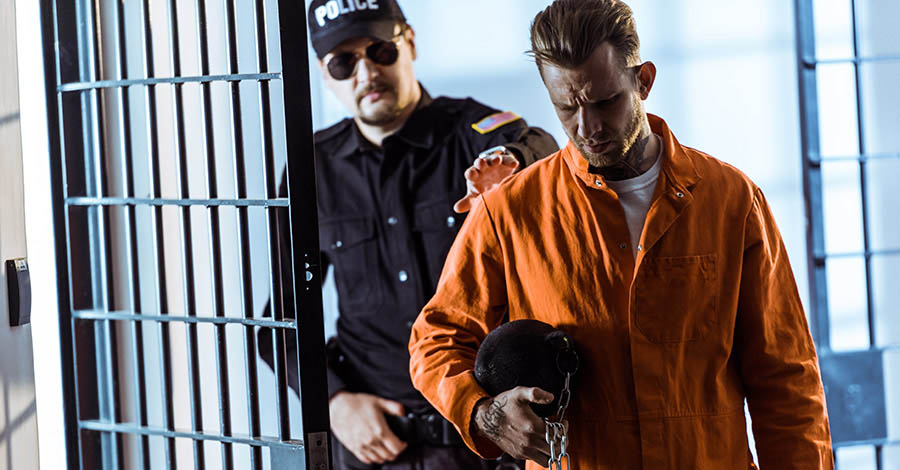 Some have assets: It costs more to leave prison than to be inside. Individuals who had savings before the beginning of their term may be able to maintain or even grow their nest egg during incarceration.

They want to earn interest on their savings. Notwithstanding the cases where inmates hold assets on accounts, that existed before incarceration; most hold some funds within the federal prison system. They keep money in commissary accounts. They work paying jobs at UNICOR.

Though they have savings balances, they can’t benefit from the time value of money. It rankled them that the Bureau of Prisons holds their funds.

“It is our money,” one said, “we should be the ones benefiting from it.”

Some banks have partnered with prisons to create accounts that can hold funds for prisoners. This prison had such a partnership, but because the bank did not have a branch within 500 miles, it didn’t convey real value for the inmates because they still needed to create a new account to access their funds on the outside.

“It takes between thirty and ninety days to send money by check,” said another.

I asked how that could be. Indeed it is true – checks are slow. However, they are not glacial.

He said that the process is slow because of how the BOP operates its external check-writing service. If this individual wants to write a check, he must first send a request to the facility administration. The payment is authorized. A process of verifying for “good funds” occurs.

While it might be possible to send the check at that moment, it doesn’t work that way. Instead, the Bureau routes the request on to another office in Louisiana where it goes through another round of approval. If the staff at the Louisiana office grant their permission, then a check is drafted. However, the paper check goes back to the original facility. There, it enters a new cue for external delivery. Once the originating depository financial institution receives the check, the bank can “pull” the funds. The bank may or may not elect to hold the check while applying its process of internal review.

They read a lot. Prisoners still have digital lives. The administrators at prisons control the channels available to inmates, but if they approve a site, then they do not appear to put limits on the degree that those inmates explore the content. Some of the inmates seemed to be very well-read.

They want to build credit. Prisoners are credit-invisible. Some have ghost accounts, which is worse than being invisible. I suggested that they try a secured card, but to be wary of ones that charge high annual fees.

They want to start businesses.

Knowing that it may be difficult to find a job, some want to start businesses.

While they all intend to work, they often need to rethink some of their assumptions about their careers. In my past experiences talking with prisoners, I have noticed that there is a significant overconcentration in specific fields. At this facility, that would be the case with auto detailing and hair care. It’s also the case that many don’t understand how much the cost of living has increased. Wages have not kept up with the cost of living. In my middle-income community, it is hard to have a simple sandwich and a soda for less than eight dollars. Save for the dollar menu at the fast food restaurants, the days of the five dollar lunch are becoming a thing of the past. The result is that many prisoners have overly optimistic notions of how well they can live on a minimum-wage position.

Interesting nonprofits like Inmates to Entrepreneurs have programs that can harness their motivation.

I enjoyed my visit. We spent two and one-half hours talking about money. They have invited me back.