Takeaways from the new report by Pew on Installment Lending

All-in APRs are higher, sometimes much higher, than the stated APR. An all-in APR used statutorily for the supervision of loans originated to service members under the Military Lending Act, covers all of the costs associated with financing a loan. When the price of insuring the loans studied by Pew was factored into an all-in-APR, the average cost jumped well beyond 40 percent. In its research, Pew found that an all-in APR was higher and that with loans of smaller size, the all-in-APR often ended up closer to 90 percent.

Installment loans often came with ancillary products. In the great majority of the loans in Pew's sample, consumers paid for add-ons like auto club memberships and credit insurance.

Only 1 in 5 loans were made to new borrowers. The rest were made to refinance loans or to write a new loan to a previous customer. Approximately two of every three loans were originated consecutively. Pew found one instance where a Colorado consumer refinanced a loan 37 times – paying $1,980 to borrow $200. In focus groups, borrowers reported that lenders marketed the opportunity to renew loans. 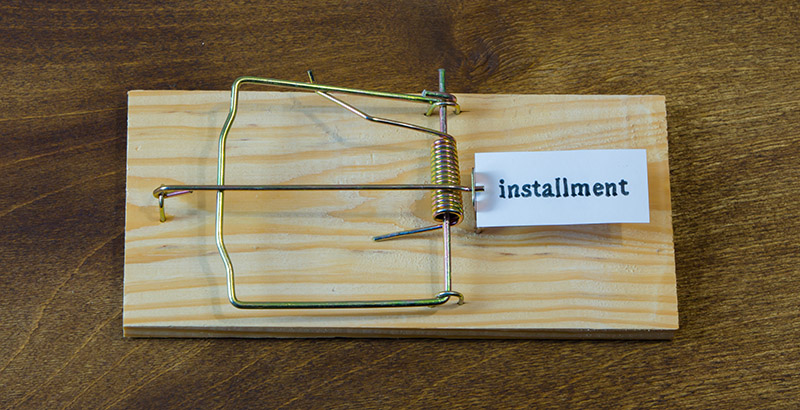 Because some lenders create repayment schedules using the Rule of 78ths, borrowers who refinanced paid even more to borrow. The Rule of 78ths reduces the share of payments that go toward repayment of principal during the early stages of the payback period. In the contracts reviewed by Pew that used this technique, lenders were able to collect 20 percentage points more in interest during the life of renewed loans.