You Need to Save. But How?

This morning, Ohio Congressman Tim Ryan reported that 63 percent of American households don’t have enough saved to cover a $500 emergency.

Separate surveys find that most of these individuals would respond to a  financial setback by adding to their credit card balance or by taking out a short-term loan. Surprisingly, only three in ten of us would be able to tap a relative or a friend for some support.

We have a savings crisis in America.

Those experts suggest that workers should save ten percent of their earnings. That’s excellent advice. If you do that, you’ll make your “number.”

But while their math works, those critics aren’t offering constructive advice. The truth is that too many people have jobs that don’t pay enough to cover expenses and savings. Many make enough over time, but because of volatility in cash flows, they don’t have enough financial security to set aside money for long-term savings.

IRAs are designed to encourage people to save. But IRAs work because they help people avoid taxes. Roth IRAs let you avoid paying taxes on your capital gains when you pull the money out during retirement. Income set aside to make contributions to traditional IRAs pass through untaxed, but then those proceeds are taxed in retirement. But if you don’t expect to have a federal tax liability, there’s no gain from either product. In its 2016 analysis, the Tax Policy Center found that 56 percent of Americans don't pay any federal income tax. Now, that statement has to be qualified. Approximately forty percent of the households who have no tax obligations are retired and not working. But that still leaves tens of millions of American workers on the tax-paying sideline.

As you can see, our most important policy approach to retirement planning links the need to save with the obligation to pay taxes.

That sum will be less or more depending upon your lifetime earnings. Unfortunately, that means that people who’ve earned less will have a smaller check in retirement. To the extent that those workers are also the ones less likely to have accumulated a stock portfolio, it is a double whammy. When you factor in the chance that many will choose to take their benefit earlier, you see that the picture darkens.

To the extent that a habit of saving is a choice, recent history shows that people care more about savings when they see a strong incentive to do so. Consumer savings rates peaked in 1975, hitting 17.9 percent of income. For the last few years, consumer savings rates have fluctuated at levels just below six percent. What was different about the mid-70s? The answer – money market rates. Inflation rates soared north of fifteen percent. Consumers wisely realized that there was an excellent opportunity to buy risk-free money markets and certificates of deposit. Indeed, the situation was so unusual that long-term rates were lower than short-term rates. Nowadays, it is hard to find a savings account that pays more than one-fourth of one percent in interest. Consumers make decisions logically.

Our country puts a high value on hard work. It’s in our DNA. We’re also a compassionate nation. President Roosevelt signed the Social Security Act as a safeguard against “the hazards and vicissitudes of life.”

Today, the link between hard work and retirement security is slipping. Whereas it was once the case that most workers could expect a pension, today the scenario differs. About one in three workers contribute to a 401 (k). Before the 2008 recession, nearly 2 in 5 households had an IRA, but that number has fallen fair dramatically since then. Moreover, less than half of workers with an IRA contribute in any given year. After factoring for non-contributors, research shows that only 15 percent of workers are transferring their earnings into an IRA.

The US Treasury Department had a great idea. Recognizing that the Individual Retirement account didn’t work very well for people of limited means, they introduced the myRA program. It incented lower-wealth households to participate by allowing them more liquidity. Traditional and Roth IRAs impose a penalty for early withdrawals, but the myRA program didn’t. But good ideas often find enemies. In January 2017, Treasury announced that it was closing down myRA to new applicants.

Net-net, workers must find a way to save. If lower-income workers don’t respond to IRAs, don’t get a 401 (k), and can’t find a substitute for myRA, something still needs to be done. Social Security will keep the lights on, but it isn’t going to be enough.

While it won’t lead to the kinds of gains that are possible with an investment portfolio, finding ways to put some money in a liquid money market account still works.

It can work exceptionally well when consumers don’t have to think about saving. Behavioral economists are fond of saying that there are ten reasons why people need to save for retirement, but 100 reasons why they don’t.

Let’s put this in the context of those workers who have less than $500 in emergency savings. Some will be stretched too thin to leave any money in an account. Fancy math won’t change the severity of their plight. But for people who have even a little wiggle room, a dose of behavioral economics could be good medicine.

Roundup your shopping: The roundup to save approach, where some small sum moves from a spending account over to a savings account automatically, holds a lot of promise. I had an account that transferred the remainder of the last dollar for each debit card swipe into my savings account at the end of each business day. In a day when I made several point-of-sale purchases, I would typically add two to four dollars to my savings. It was seamless. According to the Federal Reserve’s 2016 Payments Study, account holders swiped their debit card (not including prepaid debit cards) an average of 22.8 times per month. If your spending account doesn’t offer an automatic transfer service, you can still use a service like Qapital.

Get an account without overdraft: No one budgets for an overdraft fee. Every dollar spent on one is money that could have been utilized to purchase a needed good or service. Consumers can opt-out of overdraft coverage for point-of-sale debit transactions and at some ATMs. That is the first step to extinguishing the threat of an overdraft fee, but more needs to be done. After all, checks will still bounce. Using a prepaid debit card, on the other hand, can close the door on the specter of an overdraft.

Try the 52-week Plan: If you’ve already started with rounding up and you still have an appetite for more, consider the 52-Week Savings Plan. The approach is straightforward:

At the end of the year, you will have $1,378. Your savings will outpace the efforts of more than half of all American households.

Suffice to say; we can be our own worst enemies when it comes to delaying our gratification. I’d rather have a pizza tonight than a pizza in twenty years. In fact, I might so far as to admit that I’d prefer a pizza for dinner this evening compared to making a plan for two or even three pizza dinners in 2035. Unfortunately, as much as I need a pizza tonight, I will need a lot more than three pizzas when I retire. That goes for me, but more importantly, it holds true for all of us. Retirements are lasting longer, pensions are becoming a thing of the past, and only a minority of Americans are saving. It's time to move past criticism. It's time to get constructive about making a regular routine of savings. 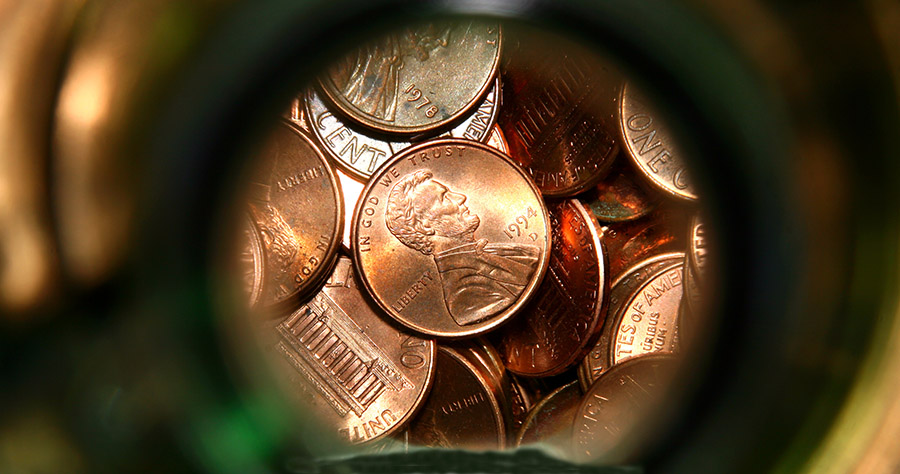